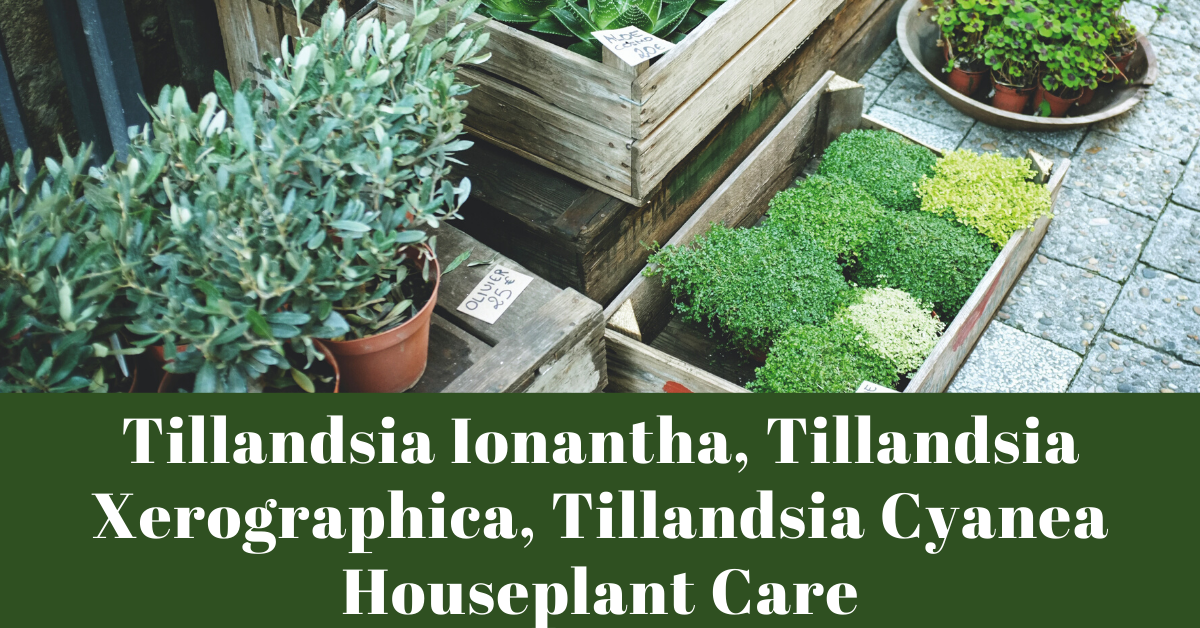 Tillandsia Ionantha, Tillandsia Xerographica, and Tillandsia Cyanea are all beautiful examples of epiphytes. Epiphytes are plants that grow on other plants or surfaces. They are often found in tropical climates and can be used to add a touch of the tropics to your home.

The family  Bromeliad, to which Tillandsia Ionantha, Tillandsia Xerographica, and Tillandsia Cyanea belong, is one of the largest families of epiphytes. Bromeliads are native to the Americas and can be found as far north as Florida and as far south as Argentina.

If you’re looking to add some Tillandsia to your home, here’s a closer look at three of the most popular species.

Tillandsia Ionantha is also known as the air plant, sky plant, and wiggy plant. It is a beautiful epiphyte that is native to Mexico and Central America. The Tillandsia Ionantha has long, thin leaves that are green with a purple or red flush.

Tillandsia Ionantha grows in a rosette shape and can reach up to eight inches in diameter.  The best thing about the Tillandsia Ionantha is that It does not need to be potted and can be placed on a piece of bark or in a glass terrarium.

Tillandsia Ionantha is a very popular houseplant because it is easy to care for and can tolerate a wide range of growing conditions. It can be grown in potting soil or mounted on a piece of driftwood or bark. It prefers bright, indirect light but can also tolerate low light. Water it about once a week, misting it daily if the air is very dry. 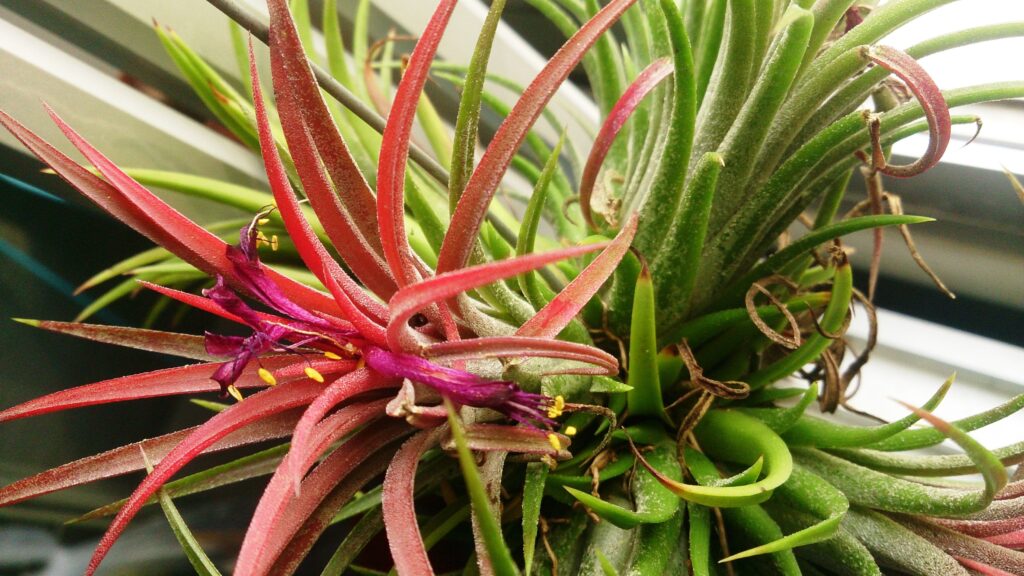 The Tillandsia Ionantha flowers are small and tubular. They are usually purple or red but can also be white or yellow. The flowers bloom from the center of the rosette and last for several weeks.  Annually, in the spring or summer, the Tillandsia Ionantha will produce a tall bloom stalk with multiple flowers.

The leaves of the Tillandsia Ionantha are long and thin with sharp tips. They are green with a purple or red flush. The leaves are arranged in a rosette pattern.

Tillandsia Ionantha is a popular houseplant and can also be used in terrariums, as an accent plant in mixed containers, or mounted on driftwood or bark. When it produces its tall bloom stalk, it can be cut and used in floral arrangements. 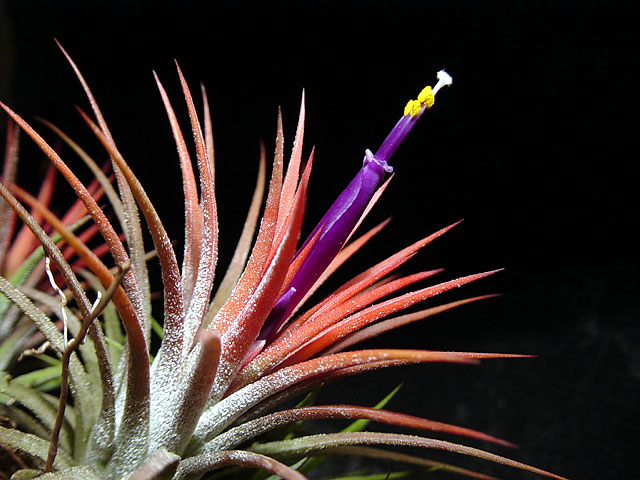 Tillandsia Xerographica is a large epiphyte native to Mexico, Guatemala, Honduras, and El Salvador. It can grow up to three feet tall and six feet wide. 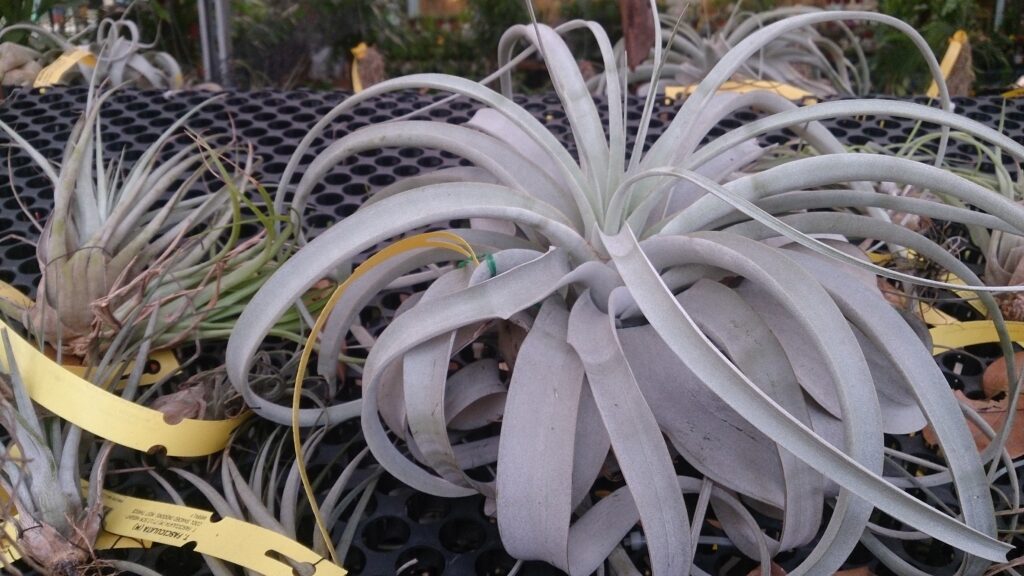 The Tillandsia Xerographica produces beautiful, fragrant flowers that are white, pink, or purple. The flowers bloom from spring to summer and attract bees and hummingbirds.

The leaves of the Tillandsia Xerographica are long, stiff, and silver-green in color. The leaves are covered with a white, powdery substance called trichomes. The trichomes help the plant to absorb water and nutrients from the air. 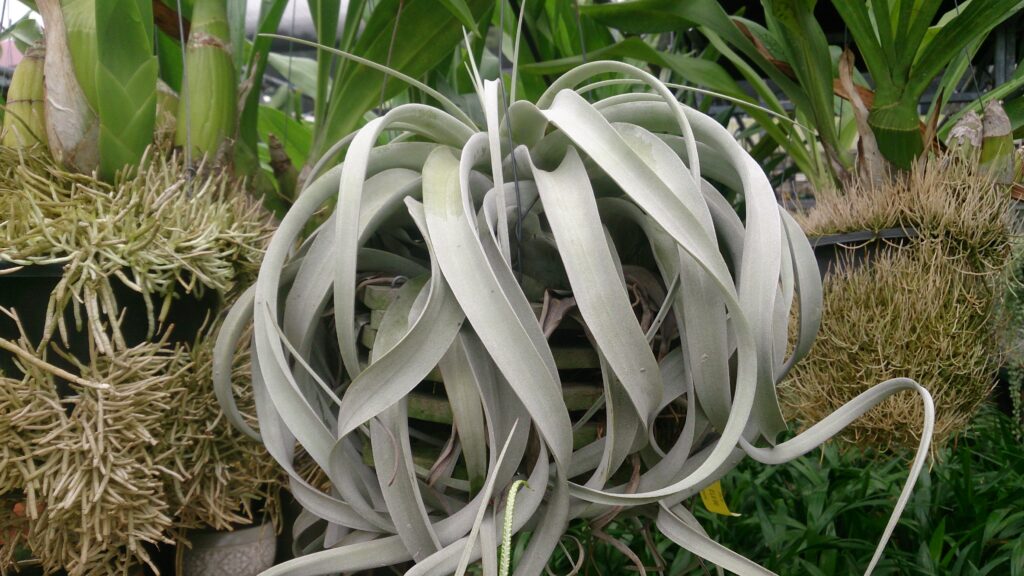 Tillandsia Cyanea is a large epiphyte native to rainforests in Mexico, Central America, and the Caribbean. It can grow up to 10 inches tall and 20 cm wide. The family  Tillandsiaceae to which it belongs consists of around 650 species.

The Tillandsia Cyanea gets its common name, “Pink Quill”, from the striking pink inflorescence that it produces.  The plant itself is a beautiful green, and the leaves are covered in tiny white hairs. Its scientific name, Tillandsia Cyanea, comes from the Latin word for “blue”, referring to the blue-gray hue of the leaves.

Tillandsia Cyanea is an easy plant to grow, and it makes a beautiful addition to any home. It does best in bright indirect light but can also tolerate low light levels. The plant prefers to be kept on the drier side, so water only when the leaves start to look wilted. Fertilize monthly with a balanced fertilizer during the growing season. 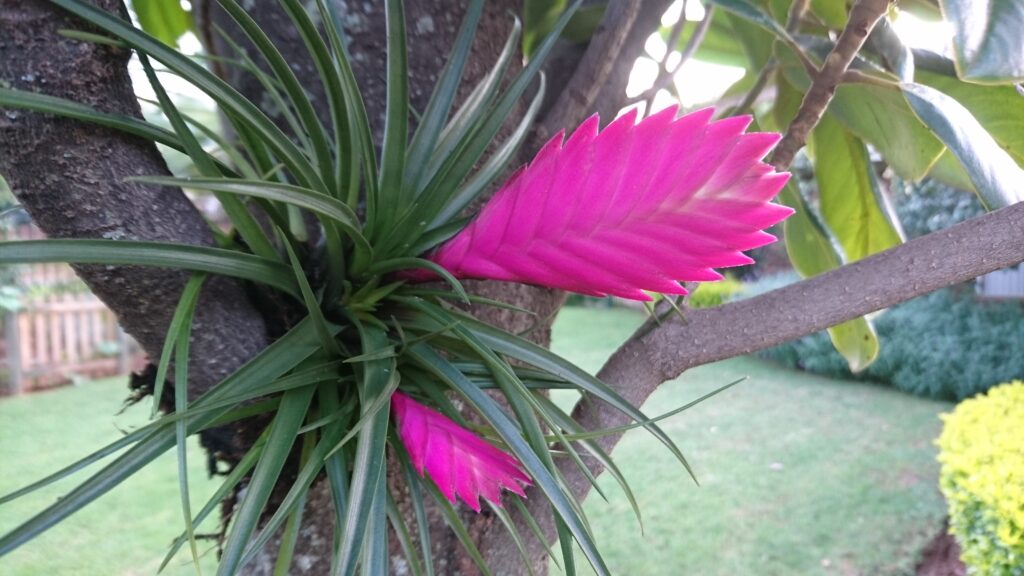 Tillandsia Cyanea can be propagated by offsets or seeds. Offsets can be removed from the mother plant and potted up independently. Seeds can be collected from the inflorescence and sown in a well-draining potting mix.

The flowers of Tillandsia Cyanea are pink and purple, and they grow in a cluster at the end of a long stalk. Each flower is about 2 cm wide. The inflorescence can be up to 30 cm long. Tillandsia Cyanea is in bloom from late spring to early summer.

The leaves of Tillandsia Cyanea are thin and strap-like. They are blue-gray in color and covered in tiny white hairs. The leaves grow to about 20 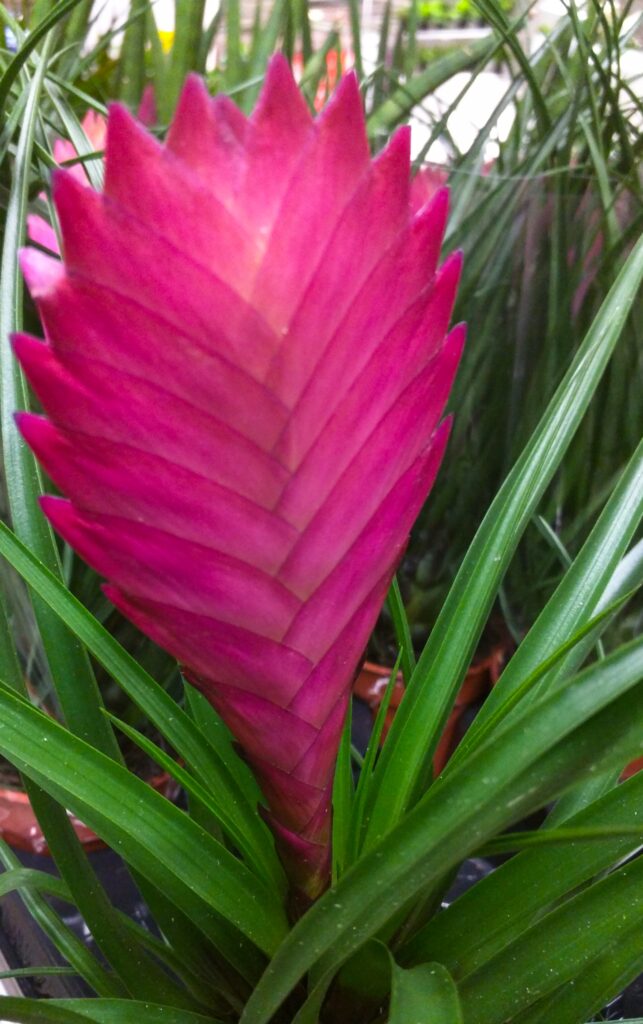 Tillandsia Ionantha, Tillandsia Xerographica, and Tillandsia Cyanea are all easy-to-care-for plants that make beautiful additions to any home. These plants are native to the rainforests of Central America and the Caribbean, and they require warm temperatures and high humidity to thrive.

Tillandsia Ionantha and Tillandsia Xerographica are often used as ornamental plants, while Tillandsia Cyanea is more commonly used in the floral industry. All three plants are propagated by offsets or seeds, and they can be quickly grown from cuttings. 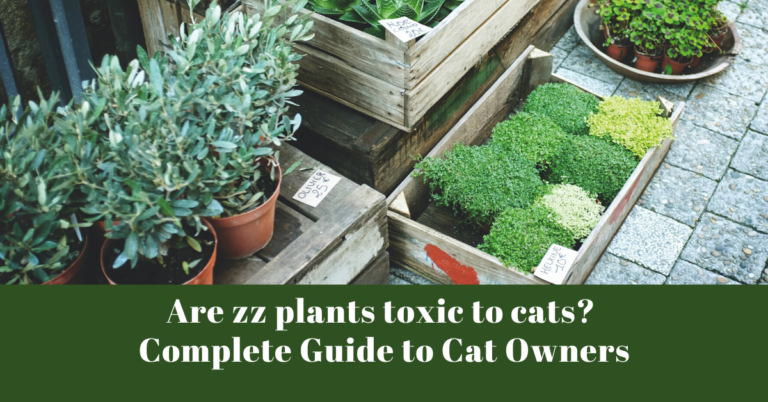 Are ZZ plants toxic to cats? This is a question that many cat owners are asking, and for a good reason. After all, cats are known for their curiosity, and plants can be tempting to chew on. Cats often explore their environment by tasting or licking the things they see. So, if you have a…

How to repot a snake plant? Living with pets can be very rewarding, but it also comes with a certain amount of responsibility. If you have a snake plant or sansevieria, you know that these beautiful and unique plants can make great additions to any home. However, like all plants, they need the occasional repotting… 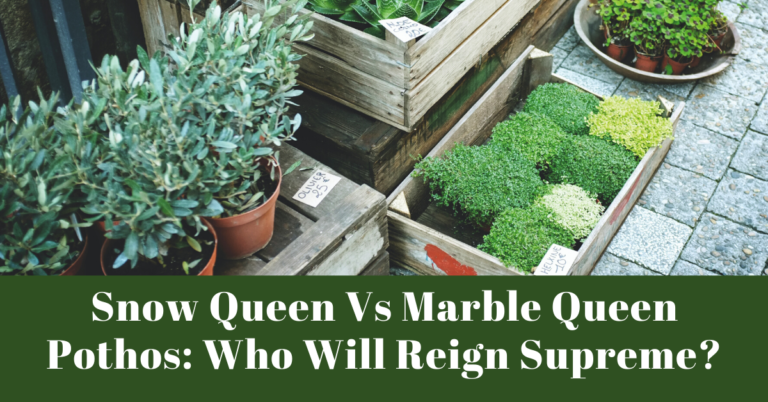 When it comes to adding some greenery to your home, there are plenty of options. If you’re looking for a relatively low-maintenance plant that still looks beautiful, you can’t go wrong with pothos. Pothos comes in a variety of colors and patterns, but two of the most popular types are the snow queen vs marble… 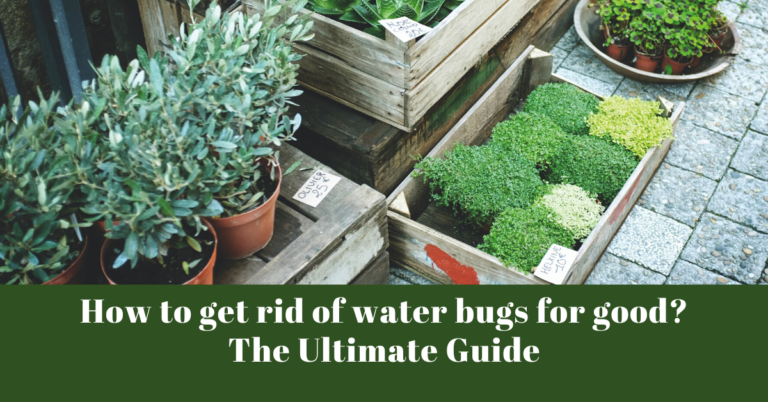 We love our homes and spend a lot of time and money making them just right. So when bugs start invading, it can be very frustrating. If you’ve ever had the unfortunate experience of dealing with this pesky creature, then you know just how big of a nuisance they can be. But don’t worry, we’ll… 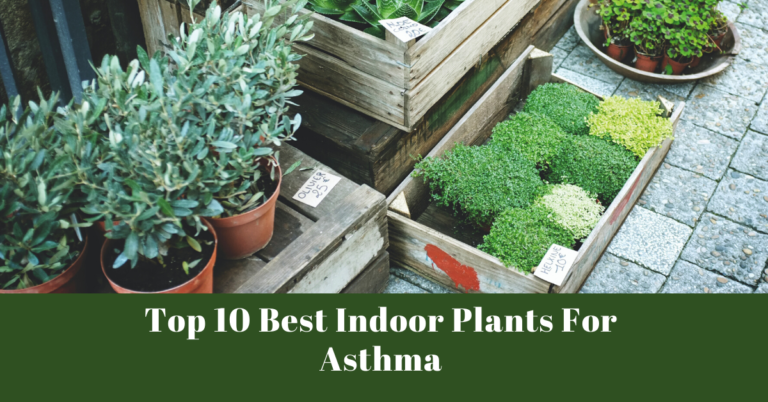 If you or a loved one suffers from asthma, you know the importance of avoiding triggers in the home. This may mean steering clear of smokers, keeping pets out of the bedroom, and using an air purifier for some people. But did you know that certain plants can also help improve air quality and reduce… 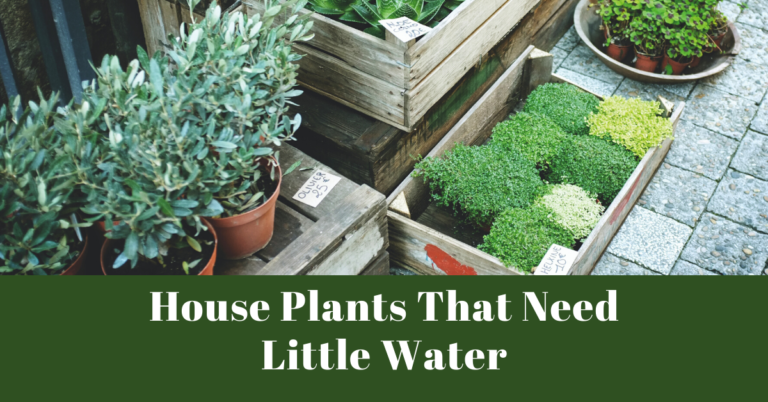 There are many plants you can have in your home or garden. Some of these plants give a great feeling to the atmosphere, while others add beauty and health benefits to the room, and still, some other plants add a fresh look to your house. In this article,  we will be listing house plants that need…